The mill with its steam engine still functioned in the first decades of the twentieth century.

Falcon had died in 1868, without seeing all the effects of the modernity that he too had injected into that ancient, small aristocratic city in southern Italy.

In fact, the need to modernize the city prompted the administration to demolish a part of the ancient walls and to close off and fill a part of the valley, without considering the value that place had had for all of European culture.

Sorrento quickly transformed: it demolished the walls, widened the streets and directed itself towards the modernity of commerce, light, transport …
With the paving of Piazza Tasso, the Sorrentine Valley became practically inaccessible.

In nearby Amalfi, however, still in the early twentieth century, the “Valle dei Molini” (Valley of the mills) was an attraction: it was a “delightful 1-hour walk” and it was still a “subject of study for the painters and artists.” A stream drove various paper mills that tourists could visit by leaving a tip. [Pellerano 1904, p. 264]. 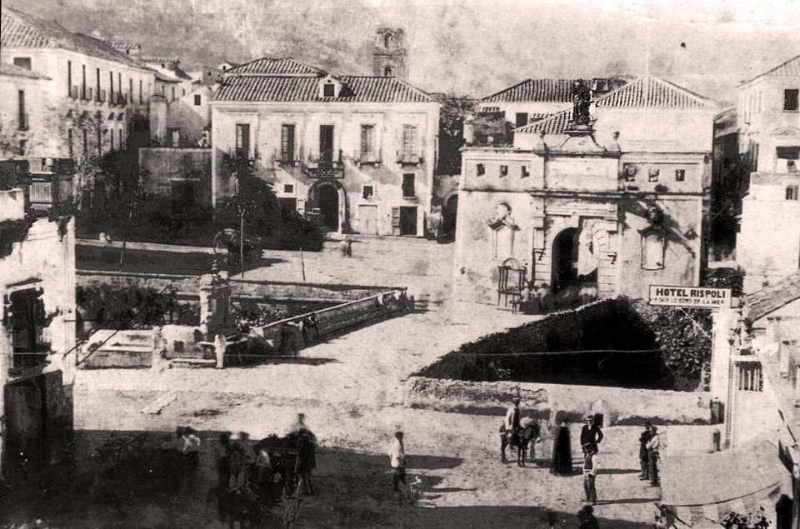 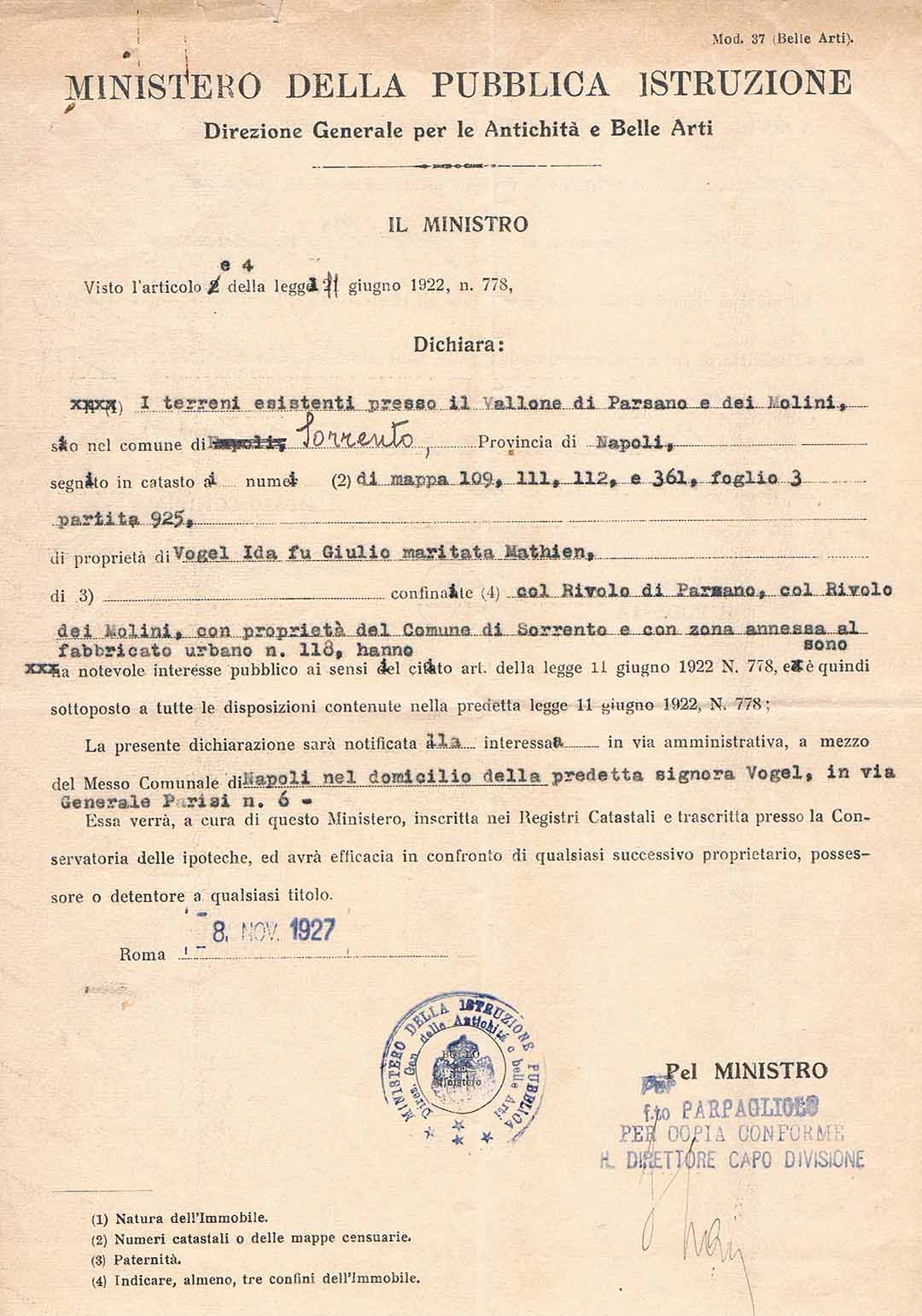 [Courtesy of the Mathieu private archive]
In 1927 the Ministry of Education recognized the value of the landscape in the Valley of the Mills, adhering to the law commissioned by Minister Benedetto Croce in 1922 to protect national landscapes. The deed was signed by Luigi Parpagliolo, a naturalist lawyer, who made fundamental contributions to the protection of the Italian landscape throughout the first half of the twentieth century.
In 1899, and subsequently in 1912, the Municipal Council of Sorrento proposed to use the valley to hold the debris produced by numerous building projects.
“That there is an urgent need to determine a point where the waste from the Factories can be deposited, such as debris, soil, scrap and more, as many owners refrain from starting new works precisely because of the difficulty they encounter in disposing of unserviceable materials. This inconvenience causes serious damage not only to workers who cannot find work, but also local trade is certainly affected, so he (the President) is of the opinion to resume the practices for the drafting of a project to fill the valley, which is very suitable, which responds perfectly to the proposed need, since there is no other location to perform the above.”
In 1913, the unloading operations are so massive and violent that the Sorrento City Council decides to stop the filling operations of the valley, also because it is “visited by numerous foreigners.”

In 1924, the Municipality purchased two areas of land in the valley, the parcel of Parsano, from the heirs of the engineer Falcon, “for use as a public drain.”

The following year, in 1925, the lawyer Lelio Cappiello, socialist, mayor of Sorrento, avoided the loss of the Vallone, opposing an even wider fill, which he said would have spoiled “the most beautiful panoramic point in Sorrento » (Meeting of the City Council of 13 August 1925, n.80).